Across all industries, there are seasons that are good for business, and others that tend to see a slump.  For natural gas, pricing depends greatly on demand – and the demand varies depending on the weather. But unlike most industries that benefit from either warm or cold temperatures, natural gas actually benefits from both.

As we look back on this past summer, it was pretty hot overall. Air conditioners have been running full-blast for the past three months, and in many households are still running even as we round the corner into fall. According to the U.S. Energy Information Administration, 33% of U.S. electricity was produced thanks to natural gas this year. And since this was such a hot season with heat waves around the nation, the strong demand for air conditioning was a boon for natural gas prices.

Similarly, this coming winter will likely see the same strong demand, if not stronger in some locations. According to the Old Farmer’s Almanac’s winter predictions, the Northeastern U.S., Southern British Columbia, and Upper Midwest will be colder than normal with the potential for more snowfall than average. This means that people will likely be huddled up in their homes with the heat turned up. And if emergency situations require more supply than expected, the price of natural gas will climb higher as suppliers struggle to meet demand under harsh conditions.

And in addition to regular seasonal price fluctuations, severe weather such as hurricanes and tropical storms can impact production, which in turn impacts prices. But weather patterns such as El Nino can have an even greater impact by altering the weather itself. During El Nino years, the U.S. can expect milder winters and summers, which means less demand for natural gas, and therefore lower prices.

Obviously there are a number of factors that influence the prices of commodities, but with natural gas, the weather is indisputably a driving force.

The year 2015 marks the fifth anniversary of the infamous BP oil spill that occurred in the Gulf of Mexico. The spill impacted miles of U.S. shoreline and is estimated to have cost BP $42.4 billion so far. Also known as the Deepwater Horizon spill, it’s estimated that 4 million barrels of oil were spilled into the Gulf during this event.

To prevent future disasters, the Obama Administration is trying to get more laws passed to improve safety measures in the offshore oil industry. The proposed laws would strengthen safety on devices known as blowout preventers, which function as a last line of defense to stop underwater explosions on gas and oil wells. The BP oil spill happened as a result of a malfunctioning blowout preventer after a section of piping buckled. Previously, the part was thought to be fail-safe. 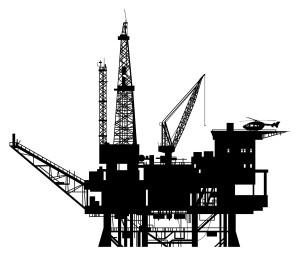 To date, the new regulations will be the third largest as a result of the BP disaster, and carry an estimated cost of hundreds of millions of dollars for oil companies. Due to the projected cost and time necessary to implement these new regulations, companies will be given several years to make the required changes. Once the new rules are in place, it will provide minimum requirements which will include changes in design, repair, maintenance, and manufacturing of blowout preventers.

As a bearing and cast material manufacturer that serves customers in the oil industry, Bunting Bearings is constantly on the look-out for news that may impact our customers. We will continue to monitor the headlines and stay up-to-date on changing regulations in the oil and gas industry.

For more information, please feel free to contact us by calling 1- 888-286-8464 or via email at bunting@buntingbearings.com.